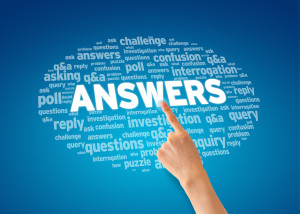 The Centers for Medicare & Medicaid Services (CMS) announced a host of new Medicare costs for 2016. Among them were the highly anticipated Medicare Part B 2016 premiums, Income Related Monthly Adjustment Amounts (IRMAA), deductible and $3 monthly across the board surcharge.

The Social Security Administration had already released its decision that there will be no Social Security Cost of Living Adjustment (COLA) increase for 2016. As a result, by law, most people who are currently receiving Medicare Part B benefits will be “held harmless” from any increase in premiums and $3 monthly surcharge in 2016. Those folks will pay the same monthly premium as last year, which is $104.90. Regardless, many others will pay more.

In the face of the Medicare hold harmless provision, all other Medicare recipients were going to have to absorb the entire Medicare Part B cost increase for 2016. It was estimated that it would result in a 52% Medicare B cost increase to all of those who were not held harmless. The recent federal budget agreement brought down the magnitude of that increase substantially by instituting much lower premium growth and funding the difference with a $7.5 billion Treasury loan. It is anticipated that the loan will be paid back over a five-year period by adding a flat-rate $3 monthly surcharge to all of those beneficiaries not held harmless in 2016. In the future, when there is a Social Security COLA, all other beneficiaries will pay a higher base premium and the $3 monthly surcharge as well.

Approximately 30% of current Medicare beneficiaries will not be held harmless. If your clients meet certain criteria, they will not be “held harmless” from the Medicare B premium and IRMAA increases or the flat rate $3-month surcharge. Here is a hold harmless checklist:

• Not collecting Social Security benefits in November and December 2015.

• Not paying Medicare Part B premiums as a deduction from Social Security benefits from November 2015 through January 2016.

• Currently paying or will be paying in 2016 a Medicare Part B IRMAA.

The following table shows the newly-released Medicare Part B premiums and IRMAA 2016 payments. Remember that the 2016 Medicare Modified Adjusted Gross Income (MAGI) brackets are based on the tax return two years in arrears, which is 2014. 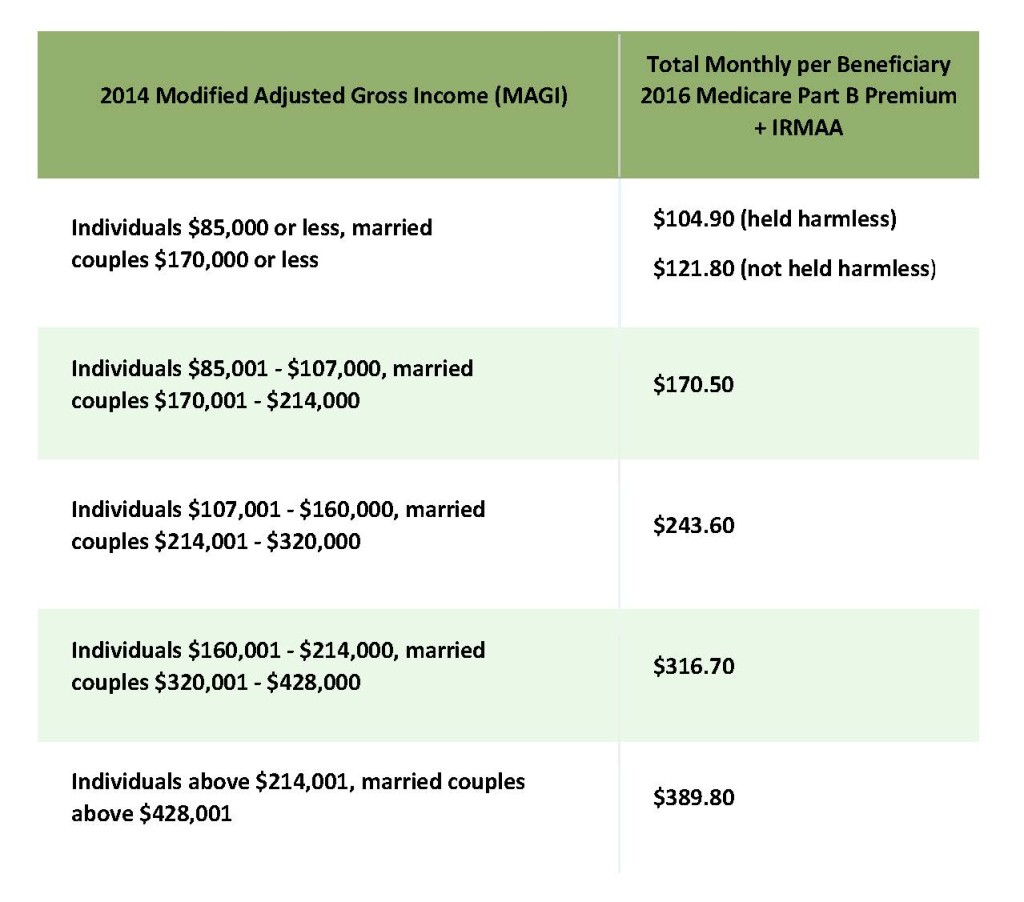 *There is a slightly different Medicare MAGI tier structure
for those who are married filing singly.The overall cost
trend, as well as the highest and lowest tiers, are unchanged.
Source: Centers for Medicare & Medicaid Service

In total, all of those subject to the higher 2016 Medicare Part B monthly cost will see a 16% increase for this one portion of Medicare alone. CMS also announced that the annual deductible for all Part B beneficiaries will be $166.00 in 2016, a 13% increase over 2015. Part B deductibles are not subject to the hold-harmless provision and are therefore paid by all Medicare beneficiaries.

You can help your clients hedge against the impact of this Medicare cost increase and others by guiding them to:

• Review and respond the Social Security annual Medicare Part B IRMAA notice in a timely fashion. Many people qualify for a reduction based on a change in circumstances.